If you have ever watched the show Vikings on the History Channel you have seen the fierce, battle tested, and intelligent, Ragnar Lothbrok.  A character in Norse history and mythology, Ragnar was a fierce warrior who captured land and riches from Kings of England and France.  He would outsmart his enemies while raiding to gain riches for him and his family.  Who is the enemy in this battle? 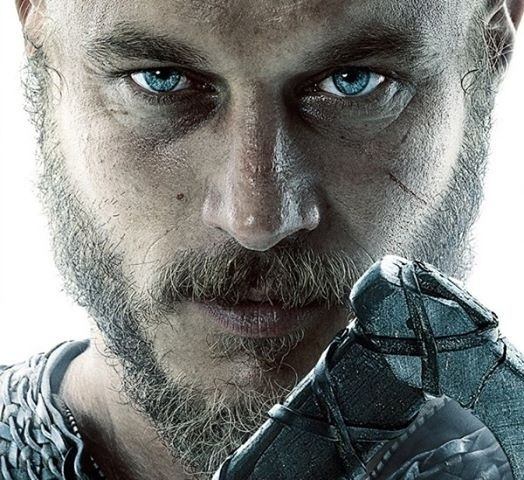 Debt is the Enemy

Let’s first start out with who is the enemy?  For Ragnar it’s those rich bastards that are taking all the riches, lands, and showing no respect.  I know how easy this must be to imagine your debt and the companies asking for their 10% interest or $500 payments, but  they are literally stealing your money, future land, and financial freedom.

Does making a payment to Citibank, Bank of America, Sallie Mae, or Ford Motor Company bother you? The answer has to be YES. Your response must be to gather the men, women, children and ATTACK!!!!

We need everything we have to defeat Debt. Remember Ragnar is intelligent.  He thinks things through.  While he may have a sword or axe, he knows that not one man can defeat such a huge opposition.  So what’s next, I want to ATTACK!!!!! Can you tell I love this stuff.

Attack Your Debt Like Ragnar Lothbrok & Devise a Plan

Ragnar Lothbrok would devise a plan.  He would find out the best plan of attack.  He would ask himself how many men are needed?  What angles to attack and with how much velocity.

That’s where the budget would come in to find out what resources we have.  What resources are we are using wisely?  What we are throwing away?  Who is willing to fight with us?

The plan would be simple, not complicated. Attack the debt, take our best men, our greatest resources, and attack the only way we know how, with vengeance.

We all have our swords and axes swinging, attacking our opponent one by one.  Ragnar knows they will send everything at you so we must build a wall to protect us from our enemy. Building the wall for us is creating an emergency fund, you never know when a stray arrow may come in and graze our arms while in battle.

Did the car breakdown? Are you going to put this on your credit card? NO, because we have a strong wall that we have built to protect us during battle.  We are ready.  We are prepared.  The arrow is but a blade of grass that bounces off our armor with an emergency fund.

We are focused attacking our smallest challengers, while we hold the wall steady with our emergency fund.  We are attacking debt each and every way.  Do not let them break the wall.  Pay the minimums on our other loans while we destroy our smaller opponents.

Victory will we be ours!  We will have riches and freedom, but it will not be without sacrifice, we know this. Ragnar’s sacrifices could include losing men and family, battle injuries, and time apart from family and friends.  If Ragnar heard that we would have to work harder, stay later, and spend less he would ask where he could sign up. He would only expect the best, for us to be loyal to the cause, sacrifice now, so we can Celebrate later.

Celebration, now that is something Ragnar would do very well.  A pint of ale with the men, family time with his wife and children, and being applauded for winning the battle.

That sounds like a celebration we can all look at with a smile on our faces. Remember while you may have ridden yourself of a credit card payment or a small student loan,  do not relax just yet.  Ragnar would be in the shadows figuring out what his next move. A battle was won and celebration was in order, but Ragnar is destined for great things and so are you.

Remember in your next battle with debt to attack your debt like Ragnar Lothbrok and a celebration will be in order.

Which debt should I pay off first?

Knock out your student loans before payments restart in 2021

Financial Success Story Mom and Dad Paid off $24,000 in 9 Months