The Best Way to Pay Off Debt, Meet the Debt Tornado

I have paid off thousands and thousands of dollars of debt and during this long and sometimes painful journey, I created a debt strategy called the Debt Tornado.  During my debt payoff journey, I came to realize it’s not a math problem, it’s not even a psychological problem, instead it was a ME problem.

Many individuals believe you have two options when paying off debt, you can either go with the debt snowball, paying off the smallest loan amount and reaping the psychological benefits of getting quick wins championed by Dave Ramsey.  The other option is the debt avalanche which has you paying off the highest interest rate first, which is mathematically the fastest way to pay off your debt, championed by math nerds and people who “are smarter than you”.

Today I would like to introduce to you a third option and the method which I have paid off nearly all of my debt, meet the Debt Tornado.

What is the Debt Tornado

The Debt Tornado in it’s simplest form is a debt reduction plan that is deep-rooted in anger, outrageous goals, a plan of attack, and an extra touch of kicking a$$.

The debt tornado itself becomes less about math and psychology and instead is a disruptive force that will rip out the very roots of your debt and throw it across 7 counties leaving the debt completely destroyed.

Why on earth did you name this debt reduction plan after such a phenomenon?

For many people tornado’s are not very familiar unless you have lived in the Midwest, which I was born and raised, then chances are you have seen this act of nature up close and personal.  The other way you may have come across a tornado is from the 90’s thriller Twister.  Either way, if you do not know what a tornado is or does, here is a great explanation from Weather Underground:

A tornado is a violently rotating column of air which descends from a thunderstorm to the ground. No other weather phenomenon can match the fury and destructive power of tornadoes. Tornadoes can be strong enough to destroy large buildings, leaving only the bare concrete foundation. In addition, they can lift 20-ton railroad cars from their tracks and they can drive straw and blades of grass into tree and telephone poles.

Origins of the Debt Tornado

I’m not sure the exact moment in time, maybe it was a few days after selling and paying off my Mercedes Benz.  Quite possibly it was when my credit card rate was reduced from 16.99% to 16.74% after my online request to reduce my rate.  Perhaps it was when I finally got the courage or balls in my case to input my student loan information into Mint, a popular budgeting tool, and saw just how much debt I really had.

I felt disgusted, angry, and like I wanted to destroy my debt and in particular my student loans. I decided to get absolutely tornado like in my debt repayment.  I knew at that very moment I was going to strike my student loan with a fury and destructive power that no one had seen before, even me.

Tornadoes occur under certain weather conditions that need to be met, including three different types of air colliding at once.  I don’t know what it is for you, but my conditions really were a combination of things. 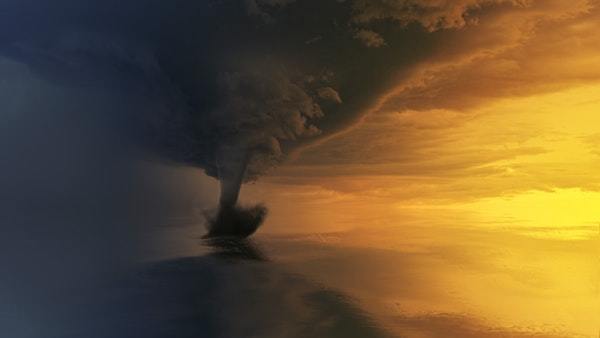 The Debt Tornado is a powerful force of nature

I’m not sure when the conditions collided but it was very similar to when you are watching the sky and see the funnel just begin.  You are fascinated by the beauty, but understand the destruction that will occur.  Try this exercise to invoke the Debt Tornado inside you:

Once the tornado forms, you will see that the natural phenomenon is beyond question a force to deal with.  No other weather phenomenon can match the fury and destructive power of tornadoes. Tornadoes can be strong enough to destroy large buildings, leaving only the bare concrete foundation.

As you approach the end of your journey, your destruction of debt will be almost unbelievable, staring at how the tornado put a straw through a telephone pole, yep that was you.  Understand that paying off debt puts you in another state of mind.  You are capable of great things, some will even look to you as an example of success. 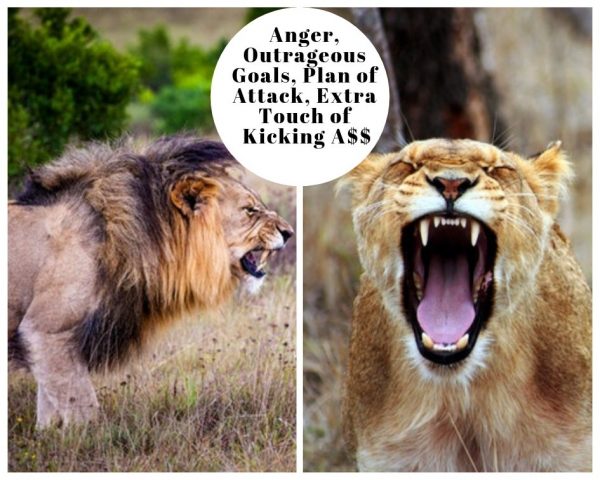 When you think of anger many of us think of the bad things that can become of it, in this case, it’s exactly the opposite, anger is how the Debt Tornado starts.

The financial institution whom I originally received my student loan is a company to this day I have great anger for, when I think about them I grip my coffee a little tighter and my right eye twitches.

The anger can really happen at any moment, but it happens most often when you begin to despise your debt.

If you make it a math problem, 99% of us will fail, I did. I had student loans for almost 8 years before I made any more than the minimum payment.  I changed my student loans from deferred to forbearance to income-sensitive to refinancing the loan, to a graduated payment, none of it lowered my debt with any substance.

I had actually changed my payment plan so many times that the financial institution told me they could not change my repayment plan anymore, I was mad at them, how dare they? It wasn’t them it was ME and this was the spark I needed, I took this anger and started to think of every single way I could make payments faster, I got angry at my debt, you need to get angry to start the Debt Tornado.

[tweetshare tweet=”All the anger in the world isn’t going to make a difference unless you focus your anger towards a plan.” username=”EvenStevenMoney”]

This is important, mathematically it cannot be done unless you get angry, if you are on your calculator figuring out the difference between paying off your loans at 6% versus 4%, you still think this is a math problem.  You cannot outsmart your debt.  You can destroy debt with fury.  Unleash the fury!  I need you to get angry at your debt.

Now that you are angry and you have come up with an outrageous goal it’s time to make a plan of attack to go along with it.

I decided on a number of things as part of my plan of attack, not just one.  Anything from the 9-5 job, overtime, selling on eBay, donating my kidney’s, just kidding well you get the picture. Need cash right now, you could go extreme and sell scrap metal, return soda cans for aluminum, or try busking.

When you have created a wave of anger focused towards your debt, an outrageous plan of attack to match an outrageous goal, it is now time to turn all of this up as high as your body will allow and begin to kick some a$$!

Extra Touch of Kicking A$$

Here are a couple changes I made in my life that have led me to be an a$$ kicking angry debt tornado:

See all the things that changed in my life?  I wanted my debt gone more than anything else so I decided to do what some would call sacrifices and what today I call an extra touch of a$$ kicking changes for the good.

When a tornado gets going it can lift 20-ton railroad cars and throw them with ease, but a simple wind storm could not do this.  This equates to getting angry about your debt, creating outrageous goals, having a plan of attack, and adding that extra touch of kicking A$$.

The Debt Tornado is a phenomenon.  Not everyone can destroy debt with this much power, but remember if you choose this debt reduction strategy expect to destroy your debt faster and more intensely than ever before.

I have since paid off all of my debt, sorry ALL OF MY DEBT.

When I wrote this in 2015 I had the opportunity to share with the Penny Hoarder, an extremely popular personal finance website, on their Facebook page which today has 6.8 million likes.  I think at the time it was around 4 million plus, about 4 more million than Even Steven Money.

The person I was working with asked which article from my blog I wanted to share.  Almost without hesitation, I chose the Debt Tornado.  I thought the post was really a great insight into who I was as a writer and blogger.  I was someone who had fun writing and was passionate about paying off debt.

I really had not seen anyone talk about using the Debt Tornado as a debt payoff strategy and thought just maybe someone would read this and get really angry and pay off all of their debt.  Quite honestly I had so much fun writing this that I wanted to share it with the world!

21 Comments in total.  A large portion said this the article was poorly written, which surprisingly didn’ t bother me that much.  I write as I speak, self-edit, and didn’t graduate with an English degree and may have been yelled at by my English teacher even more than my Art teacher which is the same man who threw a garbage can across the room to get me to pay attention.

21 Comments in total.  Here are the ones that I would like to address with a follow-up comment.

Wow all that writing and it all came down to spending less and making more. Could’ve saved my few minutes.

What about those of us who made all the payments straight out of college; no deferral, no refinance; those of us that work 50 hours a week as a professional, with small additional sources of income on the side, those of us whose friends and parents ask us about money because we are so frugal and have our shit together so young? What if you are already doing all of this and can still only make the minimum payment ? This article is a joke about someone who bought a luxury car when he had debt and then pulled his head out of you know where. I’m sorry, but I already have my life more together than people twice my age, and guess what? I still have debt, can still only make the minimum payment. Will still bust my ass. And my anger isn’t going to fix that. Dear god please for the love of humanity stop giving financial advice! It’s not advice!

Yes all personal finance comes down to spending less than you earn, you are going to be very bored reading any articles in the future.

This post was meant to meant to motivate and have people look at paying off debt in another light.  The sooner an individual changes their mindset about their personal finances, the sooner major change will happen with your money.

So many people offer their own personal story on how they paid off debt, make sure to encourage them because that is bigger than any debt pay off strategy.

21 comments in total.  At least this guy got what I was going after:)

I prefer to rock my debt like a hurricane.

Which debt should I pay off first?

Knock out your student loans before payments restart in 2021

Financial Success Story Mom and Dad Paid off $24,000 in 9 Months