During this time of uncertainty it’s important to see the big picture.  If you look at today alone, the day may be filled with self doubt and isolation.  However when you step back and look at time in terms of months, years, and even a decade your big picture may look brighter.  That’s why I decided to create the Decade Money Challenge.

What is the Decade Money Challenge?

The decade money challenge is an opportunity to see what your finances, career, and health looked like 10 years ago in the long distance past of 2010.  This challenge is for everyone, not just those with a website.  After reading I’ve added a link for everyone on Twitter to join in.

I challenge you to look back and go down memory lane see what your life looked like. 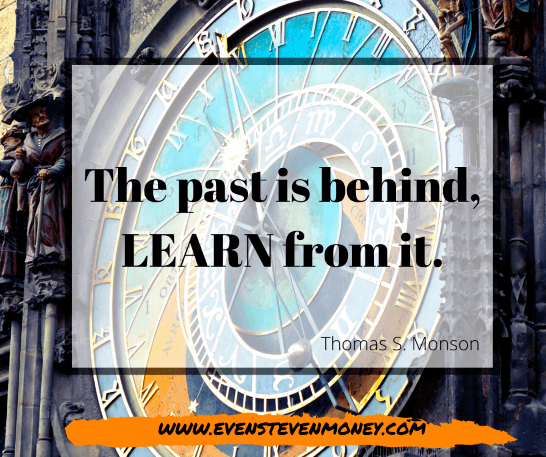 In a galaxy and time period far, far away………

Today social media and Google photos will often remind us of an event that happened years ago.  In fact I was able to look back at Facebook and see what I was up to in 2010.  I wasn’t divulging much financial information, but it certainly did remind me of where I was in life.

The past is important as we indeed learn from it.  Today I want to see how far I have come.  Many mistakes were made and that’s part of who I am, but now is a great time to reflect especially now as we begin 2020.  For many of us our jobs and finances may be in a rough spot today, but remember over time so much can happen.

28 years old and exactly 10 years from my high school graduation.  Yes sir or mam I am part of the smoke free class of 2000, although truthfully I failed a couple times.

However I did get my parents to quit smoking so that’s a huge win.  I mean the class of 2000 was totally on to something.  Today I look at people smoking and I am in almost disbelief that people still smoke at all today with the information available.

I graduated from high school in 2000.  Attended college from 2000-2005 and struggled coming out of college to gain traction in the working world and financially.  As I fast forward from 2005 to late 2009 I was challenged with debt, poor personal decisions, and a life that at times was a constant upward battle.

In July of 2009 I left my full-time job and moved to Miami, Florida to see if my long distance relationship would make it.  I moved to Miami without a job, very little savings, and a mountain of debt.  Things you do when you are young and naive.

I’m sharing this information with everyone as I wanted to provide a glimpse into where I came from as I finished off the 2000’s.  A proud accomplishment of mine was being the first in my family to graduate from college.

Being the first to graduate provided me a more difficult learning curve as I left college with debt up to my eyeballs and one too many poor personal & financial decisions.

It’s important to mention that I came out of college expecting great things and over the course of the last 5 years from 2005-2010 it was the most difficult time I have ever faced.  The details and the stories are long.

If I were on stage right now I would give shout outs to God, my loving parents, my house mom Laurie, and my brother-in law Steve.  There is truly so many people to thank and I apologize if I missed you but just know I thank you for everything you have done.

As I scroll through my Facebook posts in 2010 I am certainly reminded of my job situation.

I was able to chase my dreams as a volunteer assistant basketball coach at a Division I junior college or JUCO.  As you may be able to tell the position did not pay anything.  In fact I was driving almost 80 miles each way just to attend practices and jump on the bus to games.

The expenses were so much I actually asked the coach if he could help me out with gas money just so I wasn’t out of pocket so much money.  Coach was a really good guy and would give me a few dollars for gas each week.

During the end of the season I was finally able to obtain a part-time job!  The job was working at a mall kiosk selling Rosetta Stone.  Not exactly the most lucrative job in the world but I was just happy to be bringing some income.

I was still chasing basketball coaching dreams as I was able to work and coach at Duke’s basketball camp, probably one of my favorite basketball moments.  The camp paid $200 along with room and board, just enough to cover my expenses. 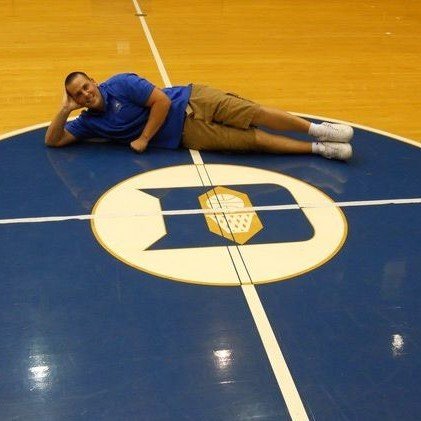 My basketball coaching dreams mostly ended when our head coach was not hired full-time.  Not a story I have shared very often, but a few months later I was actually offered a graduate assistant position at D2 school in New Mexico.  After careful consideration I realized that while I absolutely loved coaching basketball, the offer of a small stipend wasn’t going to cut it with my rather large financial debts.  I declined the offer.

After My Basketball Dreams Died

During this time I was applying to every job available.  However the great recession lingered on and had other plans as unemployment rates hovered around 10%.  I had very few job interviews and a zero success rate besides of course my part-time mall kiosk job.

When I wasn’t applying for jobs I was doing my best to earn any sort of income.  Plain and simply I was hustling.  You could find me by placing my services on Craigslist to mow your lawn, playing online poker, and selling new men’s clothing purchased from stores like Ross, Marshall’s, and the Nike Outlet on eBay.

The hustle was there, but the money and full-time income was not.

In August of 2010 I reached a breaking point.  I simply wasn’t earning enough money to pay the bills.  Something had to change.

It was sad reading how I failed in subsequent social media posts.  It was really difficult reading how I needed to leave my girlfriend not because it wasn’t working out but instead because my income was barely keeping me and my financial obligations afloat.

I moved back up the Chicagoland area and lived with my brother-in-law while I immediately began working at the golf course I worked at throughout most of college.  Not too long after I was able to secure my first full time job in over a year working at the same bank I left in 2009.

I remember my starting salary at that job very well, $15.00 per hour as an assistant manager.  Five (5) years out of college and I was just starting to make $30,000 per year.  Humble beginnings my friends, humble beginnings. 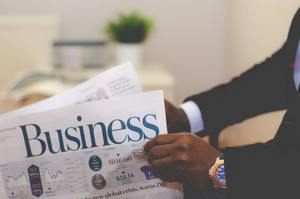 My financial situation was U-G-L-Y, you ain’t got no alibi you ugly.

As you can probably imagine my financial situation was not exactly a ray of sunshine.  In 2010 I had the following debts:

All debts are fairly accurate estimates.  Some amounts be a little less and some totals maybe a little more with payments made, interest, etc.

It’s fair to say that I easily had over $100,000 in debt in 2010 and often the number I stick with when sharing details on interviews like this one on Nerd Wallet.

My overall finances were ugly.  I was out of school for five (5) years and had little to show for it in terms of a well paying job.  I did however have a large amount of debt that continued to pile up.

During 2010 I was barely making it.  I was adding debt to my credit cards, desperately trying to sell my car, paying the minimum on my student loans, and paying my parents whenever I had money.

Things began to stabilize late in 2010.  I wasn’t paying down large amounts of debt by any means, but I was able to sell my car and obtain a full-time job.  [tweetshareinline tweet=”That’s a start in the right direction, #DecadeMoneyChallenge” username=”EvenStevenMoney”]

I had very little in terms of assets.  When I moved down to Miami everything I owned could fit in my vehicle.

The vehicle itself was the most valuable asset I owned.  Even that really is a fallacy as the amount of money I owed on the vehicle was more than what I could sell the vehicle for as I later found out.  At the time of the sale my vehicle was worth about negative $1,200.  Asset:( 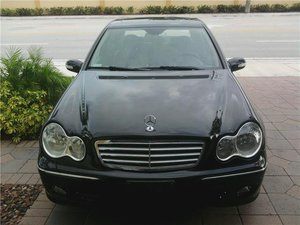 Let’s put another shrimp on the barbie, debt, debt, and more debt.

During the time I worked for U.S. Bank, in the later part of the decade, I did contribute to my company 401K.  Thus I had a couple thousand dollars that I rolled over to an IRA.

I’m a believer that health and fitness are eerily similar to personal finance.  Both categories are two of the biggest struggles in America.  If it’s not obesity in America it’s the lack of savings or amount of debt.

In late 2009, early 2010 I actually reached the heaviest weight I have ever been in my life, 265 pounds.  I am reminded just how much weight I gained by the picture of my Florida license that I keep as a reminder and a motivator.

The best part of chasing my basketball coach dreams was I realized just how out of shape I was going through practices and drills with the team.

Shortly after I began riding my bike more and more.  I even started working out at 24 hour fitness a couple days a week.  I made losing weight my priority.  While I wasn’t in the best shape of my life, I did lose almost 40 pounds and officially weighed in at 227.  For a guy who is 6’2”, I was happy with my new weight.

It was a blessing to be able to fit into most of my old clothes again.  At one time I purchased a size 38 pair of pants.  I’m not talking about the skinny jeans kids are wearing today.  I’m talking size 38 loose fit and baggy.  My guess is I was closer to a size 40 or 42 at that time.  Buying clothes because you gained weight is depressing.

During 2010 I weighed the most I have ever in my life.  2010 was also the position I have been in my life.  Learn from the past, otherwise you are bound to repeat it.

Looking back on things now I’m really proud of myself for not giving up, not looking at my health, finances, or current job situation and filling my head with self doubt or thoughts about failure.

2010 was one of the worst times both financially and in regards to my health and fitness.  As I begin to look back from today it was really the beginning of my success story.

I hope you enjoyed reading my Decade Money Challenge.  I enjoyed writing this so much I actually created a three (3) part series.

Over the course of May I will be releasing the remaining articles of the Decade Money Challenge.  While this article focused on the past, the others will focus on the present and the future.  Make sure to subscribe so you don’t miss out on the series and of course my monthly newsletter.

Want to be included in the Decade Money Challenge, click on the below link and share with us!