During our recent trip to Italy my friends emphasized 2 crucial points.  Don’t order food at restaurants with pictures on the menu and to plan ahead when traveling.  I repeated this sage wisdom to my wife and we violated each point of emphasis within the first week.  Let me tell you a little story about the mistakes my wife and I made by failing to plan ahead when traveling.

Lake Como and Beyond 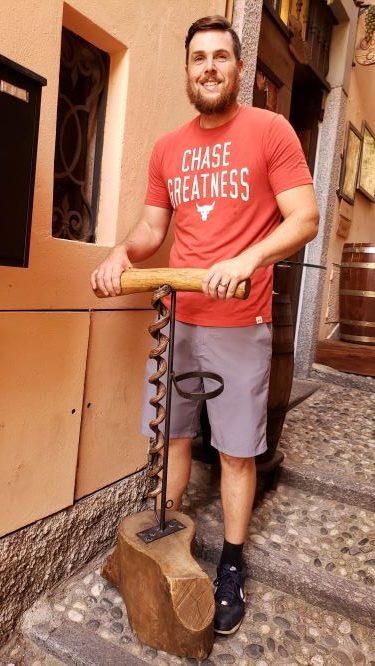 My plans for Italy: Open wine bottles with this large cork screw

As we finished up our stay in Blevio a small town situated on Lake Como, Italy we purchased our bus tickets the night before (Plan Ahead When Traveling +1) so we didn’t have to waste any time in the morning while we packed and got ready.

We even purchased a couple small snacks for the day worth of travel.  Based on our Google Maps itinerary would do the following:

With plenty of time between trains, I was excited for the chance to read Ramit Sethi’s new book.  Yes I am indeed a personal finance nerd.

We did everything right for the bus.  Unfortunately it showed up almost 30 minutes late and packed to the gills with a combination of tourists heading to Como and Italian natives.  The bus was so full we went through the side door because the front was blocked. Our three bags of luggage didn’t help matters but we made it to the train station unharmed.

I want to point out had we missed this bus our options would have been to wait another 90 minutes or pay the extra expense of a taxi ride.  A clear example of the right way to plan ahead when traveling which saved us money.

As we waited at the train station because of the late arrival of the bus we were unable to leave at the expected time.  Surprisingly this did not cost us any money, in fact it somehow saved us a few dollars or should I say euros.

After talking with what seemed like one of the few angry people in all of Como, he directed us to the ticket machine to buy our biglietto, Italian for ticket.  While waiting in line an English speaking gentlemen approached us saying he had purchased the wrong tickets and offered to give us his for free (Don’t Plan Ahead When Traveling +1, lucky this should be -1).  This saved almost 10 euro.

The only downfall was because of his explanation and my fear of being either kicked off the train or arrested by the Italian police we went down a rabbit hole of questions and fear.  This was probably the price of admission for our free ticket.  Plan ahead when traveling, except in this case don’t plan ahead and get a free ticket.  Message heard loud and clear.

As we arrived in Milan we soon realized the many choices of traveling by train in Italy.

It’s not like people don’t know credit card debt is  bad. However, unless you plan ahead you are often faced with this surprise when you open your credit card statement.  Except your face is the opposite of surprise it’s a little sad, angry, and disappointed.

Lack of Planning Ahead Comes with a Cost

As we searched the available ticket times for our train ride we found that most of the 2 hour train rides for the economy price were sold out.

The train rides had other options but they could take 4 to 6 hours something that we did not want to go through.  Arriving late during the night time in a new city in America can be a hassle. Now imagine a new city in a new country and a language barrier.  Now breathe deeply it will be alright.

After a quick scan of tickets the best option available for us was a ticket in the business class and approximately double what we expected to pay for regular economy seats (Don’t Plan Ahead When Traveling -1).

We reluctantly purchased the most reasonable tickets available with a 2 hour train ride as the criteria.  This train ride just happened to be another 2 hour wait time.

As we realized not only the long wait time, but the lack of food was going to cost us a few extra dollars (Don’t Plan Ahead When Traveling -1).  Not only did we decide we needed extra food we made one of the cardinal sins of eating in a foreign country. 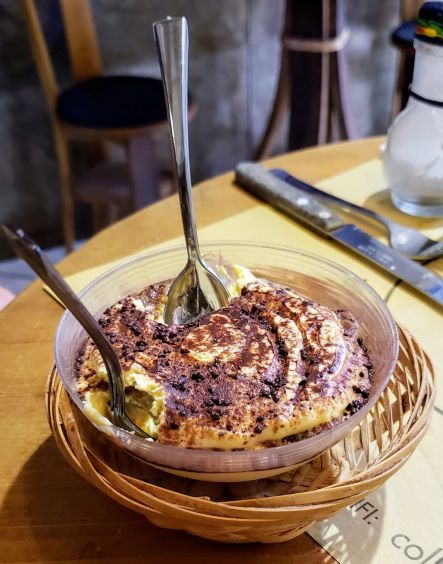 Instead of stopping at McDonald’s or a fancy and expensive restaurant inside the train station I thought we would stop for something reasonable and preferably delicious.

As we strolled outside the train station with our jumbo sized luggage.  You know the one.  The bag where they ask you to remove the three extra pounds that somehow snuck in while packing just a couple extra things.

There we were staring at pictures of pasta and pizza like we had no idea what any words in the Italian language meant. I blurted out that my wife could choose where we ate. See how I’m mildly adjusting the blame to her. Glad she never reads my articles:)

I wanted to leave.  It was a mistake. We broke the cardinal rule of eating at a foreign restaurant with pictures on the money.  Not fancy art pictures, I’m talking 1995 Polaroids of actual food.

Maybe I could keep the bill down by ordering a cheap item.  My wife then says to the waiter “I’ll have the margarita”. OK I see we are just going to say screw it and order what we want, fine works for me.  I’ll have the white wine while I decide what low cost item to order.

She looked at me with a surprised face.  Reading into things I said “Well I figured you were just ordering whatever you wanted after a long day of travel”.

Margarita Pizza.  Not the drink. We laughed about it and my financial insides cried a little as I drank my eight euros worth of  wine.  There is no crying in traveling, especially when you plan ahead.

The train ride was glorious.  I mean after I put all of our luggage in the storage racks above while talking with a British fellow about moving around his bags and how he enjoyed playing Tetris.  Then I politely asked him to get out of my seat.  He then also politely shared we were in the wrong carriage.  Let’s move those bags again my British fellow with mad Tetris skills. Thank you.

Seriously though the train ride was great.  Less than 2 hours. Leather reclining seats.  A table to read. Even an Indian fellow who was translating all of the words spoken by the train attendants.  Thank you for letting me know they were asking if I wanted a sweet or salty snack.  I like it dolce, thank you.

As we were about to get off I almost asked if he wanted to join us in Florence, I bet he knows all the best places.  The only downfall during the train ride was the realization that we may need cell phone service and data, an extra $10 (Don’t Plan Ahead When Traveling -1).  Thanks Verizon.

If I start talking about why my wife has Verizon and I have Republic Wireless and what she pays in a month and a half I pay for the entire year for my dear Republic Wireless I’ll have an emotional breakdown and it just won’t be good for anyone.

Had I done a little more research, I probably would have switched over to Google FI for the month with my phone or made the switch to Google FI and the unlimited plan rather than Verizon.  The international options alone would most likely have covered the cost.

I mean more planning and maybe I get a European SIM card and make it all work.  The bottom line is I did not and when you don’t plan ahead it can cost you extra money.

With everything being said about paying an extra $10 for a day of international coverage we were able to figure out our accommodations with ease.  In fact we opted to walk from the train station because we saw the time to walk was less than 20 minutes.

From our original research we most likely would have taken the bus as this was the quickest way cost a couple euro and the joys of figuring out where we need to go while the darkness sets in.

I will add the streets and sidewalks of Florence are smaller than your typical American city.  One might describe them as an American one way street cut in half. So while this did allow me the joys of walking down the middle of the street until a car or motorcycle eventually honked for me to get out of the way, it was all worth it.

I’m sure we could have taken a taxi or Uber and paid the extra costs and convenience of getting to our destination.  Maybe when I’m an old man I’ll use this option.  Until then this young man will be rolling large suitcases down the street and espresso sized sidewalks.

Lesson Learned, Plan Ahead When Traveling 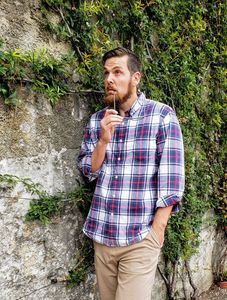 Just pondering what lessons I learned

I think it’s pretty obvious that had we just planned ahead on a few simple things like buying train tickets ahead of time.  If we would have instead brought a sandwich or small meal instead of a snack for our day of long travel. Lastly we could have researched a phone plan for international travel situations.

Here’s an important point when traveling.  Even if you plan ahead, unexpected happenings and costs will occur.  My wife did research her phone plan and knew it may cost extra while we were traveling.  Since the phone plan was for the remote work part of our trip I didn’t have too much of a concern with small needed costs.

I would also argue that we did the right thing by bringing a snack along.  Now did we expect a delayed bus or need to wait for a couple of trains due to the schedule and pricing?  Of course not.  So while I’m not trying to justify the lack of planning, I do want to make it clear some planning was done.

The biggest blunder in all of this was our lack of planning ahead for travel by train.  The positive side of this is that we have multiple train rides ahead not only with the two of us, but with family.  I would imagine our one train ticket blunder will save us hundreds of dollars.

The real message in all of this is to plan ahead.  When you take a misstep, make sure to learn from your mistakes.  Because it’s one thing to make a mistake, but it’s another to repeat your mistakes over and over again.

It’s one of the habits I work with my clients on instilling throughout tracking your expenses and budgeting.  Plan ahead.

Also I hate the word budget.  When I work with clients I work with them to PLAN to spend money.  If you want to call this a budget go ahead, but moving forward I’m calling it a Plan to Spend not a budget.

Plan ahead when traveling and when looking to the next month of your plan to spend.  This is the way to save money and live a life you really want.  That’s the real message.

Please log in again. The login page will open in a new tab. After logging in you can close it and return to this page.