Make sure to check out the first part of “A Year without Income” before reading the continued story today about how I survive the first six months in business.

Over the course of the first six months, I worked hard.  I learned a few things, made mistakes, and ultimately was getting a little discouraged.

I was so discouraged that I began applying for jobs on LinkedIn.  Not necessarily your traditional jobs that one would go into after working in banking, but whatever I found the most interesting.

You see after all of this talk about not caring about making money, the capitalist in me said something is terribly wrong you need to make money!

As a funny aside I received literally zero response from any of the positions I had applied for and had interest in.  Some of these positions I was qualified for, others I had no business applying for.  The only way I was getting a call for those positions is if they were hiring based on moxy and bravado and acting a little crazy was part of the skills needed for the position.

The only job I actually received interest and even a couple interviews for was a position I didn’t apply for and was in no way qualified for.  The position was reporting to the Chief Risk Officer and handling all of the US and European risk market. Ultimately they decided to go with go with an internal candidate but just another funny aside from my near breakdown.

Imagine selling craft beer for a living, well this was just one of the jobs I applied for while I was discouraged.

I knew that mentally and physically I needed to make money.  While my beta clients were doing amazing with paying off debt and getting their financial lives together I didn’t charge them a dime because they were helping me as much as I was helping them.

What I needed was a quick win.  Something to confirm that I still knew how to make money.

I decided to go back to my old side hustle, eBay.  I bought a few Nike Metcon shoes, Under Armour Project Rock apparel, and did all the work eBay work:

This time around I actually sold the items on eBay, Amazon (I somehow was approved as a Under Armour seller), and Poshmark.  Now I didn’t make life changing money, but I certainly made a profit. It would have been hard not to since I returned items that didn’t sell. 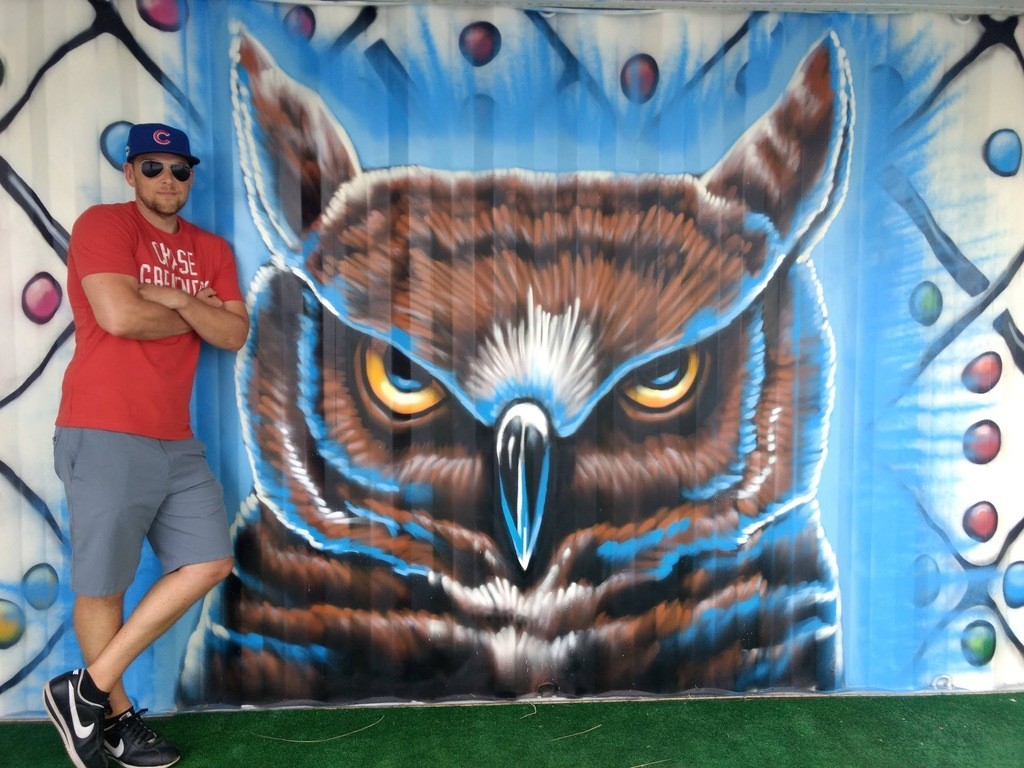 Mistakes happen even if you take pictures next to wise owls

Survive the first six months in Business:  A Big Mistake

June 17.  I realized something was wrong.  I was getting potential clients to the door, but for whatever reason I wasn’t closing the deal.  The potential clients were really good fits, we had great conversations, and then I would never hear from them again.

I found it really strange because these individuals had gone out of there way to schedule a call, talk about their lives and personal finances, knew how much I charge and understand the immense value that I have proven to provide.  Then decide that having a financial plan and coach to hold them accountable isn’t worth it.  I knew something was going, but I couldn’t put my finger on it. What was I doing wrong?

I asked one of the coaching groups that I interact with for some advice.  After reading the responses it hit me like a ton of bricks.  I was making a big mistake. It was so obvious. Of course when someone points out the obvious it’s so easy to see.

I knew that the mistake had cost me clients.  I’m not looking to make millions but making a mistake hurt.  If you have ever got punched in the stomach, you know it’s a tough blow to take because you aren’t expecting it.  The pain goes away pretty quickly but it takes you a minute to get back to your feet or catch your breath.

A Word to my Subscribers

I was worried.  So worried in fact I sent a real life confession to my email subscribers.  Here’s a snippet:

“I tell you all of this because I’m worried. While I certainly didn’t expect to make a salary equivalent of my 9-5 job I did expect money to be coming in. I didn’t expect the pressure of needing to earn money to consider myself successful to worry that what I’m doing is simply a hobby. It’s difficult to share with my wife that I didn’t make any money.

What if you really enjoy money, personal finance, investing, etc. but your Money Coach business hasn’t taken off? What if this past week you realized you made an error that most likely cost me multiple clients? How long can you go with making small amounts of money or even none at all?

I’m sharing and telling you all of this because I need to be open and honest. I need to share what’s going on. A weekly post about money and a money tip isn’t what’s next. I’m going to focus on being who I am. Right now I don’t know what’s next, but I hope you will stay with me while I figure it all out.

Over the next 2 weeks, I’ll be focusing on writing and improving my business. Each week you will get the weekly post from Even Steven Money, but until then it will be pretty quiet while I work on what’s next. Cheers and I’ll talk to you in a couple of weeks.”

Supportive People and Coming Back Wearing the Four Five

I received two responses that really encouraged me.  Not that I intended to quit, but each person following up had the feeling of a supportive friend reaching out when you are struggling.  It helps you take the extra step.

It didn’t make my mistake go away.  My coaching client list didn’t grow 10x.  Money wasn’t flowing like the waters of Lake Minnetonka.  But I felt like I was making the right steps moving forward.

To Be Continued Part III

An Object in Motion Tends to Stay in Motion

A Year without Income